Our passion for beekeeping began in 2016 after attending a local beekeeping course and in the Spring of that year, we established our first colony. Since then we have expanded into a number of different apiaries across the Farnham area including Wrecclesham, Dockenfield, Lower Froyle and Moor Park.

Upon extracting our first honey crop, we launched Little Green Bees, named after our garden apiary on Little Green Lane. We produce honey in a range of jar sizes as well as honey products, such as cut comb and beeswax candles.

If you read closely on the label of most supermarket honey, you will notice that it is a blend of honey imported from a number of different countries far and wide. It is often heated to extend its shelf life and to make it look more appealing for longer. Reports have even found that some of the cheaper varieties contain adulterated ingredients such as sugar syrup.

Buying local honey ensures that what you are eating will be pure and will taste notably better. Some claim that the trace amounts of pollen that exist in local honey can help alleviate the symptoms of hay fever. Whether or not this is true, you can be certain that the many benefits of raw local honey far outweigh those of the processed supermarket variety.

By supporting local honey you are also supporting a much-needed environmental responsibility, which relies on the efforts of beekeepers to sustain the UK’s honey bee population. 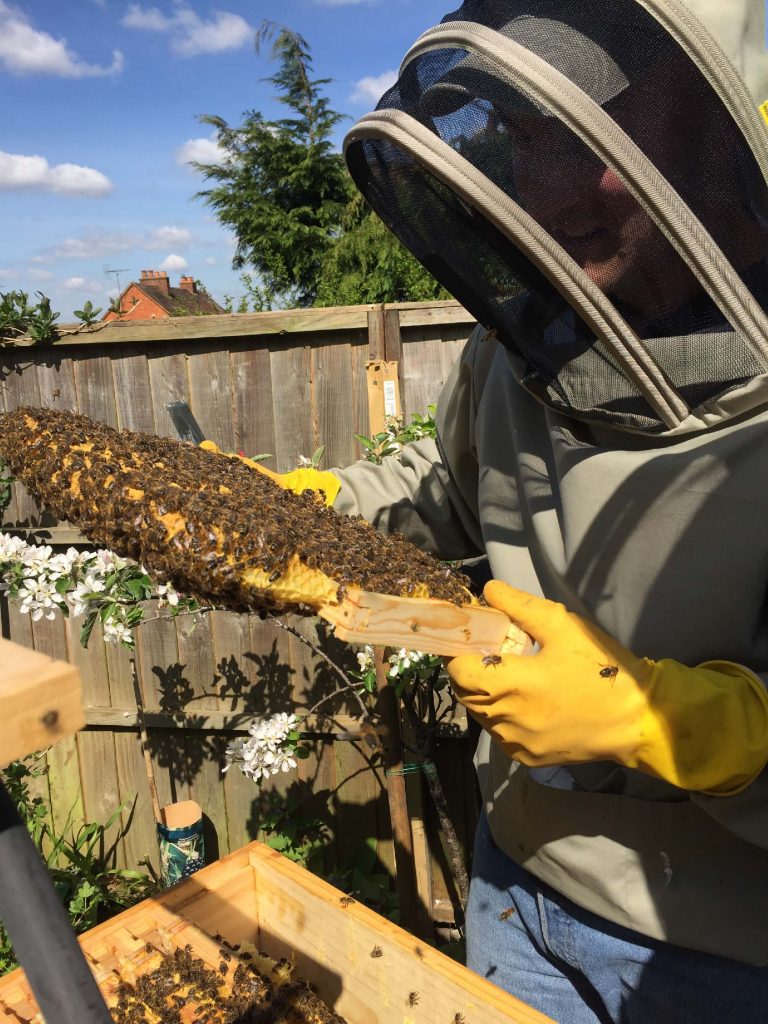 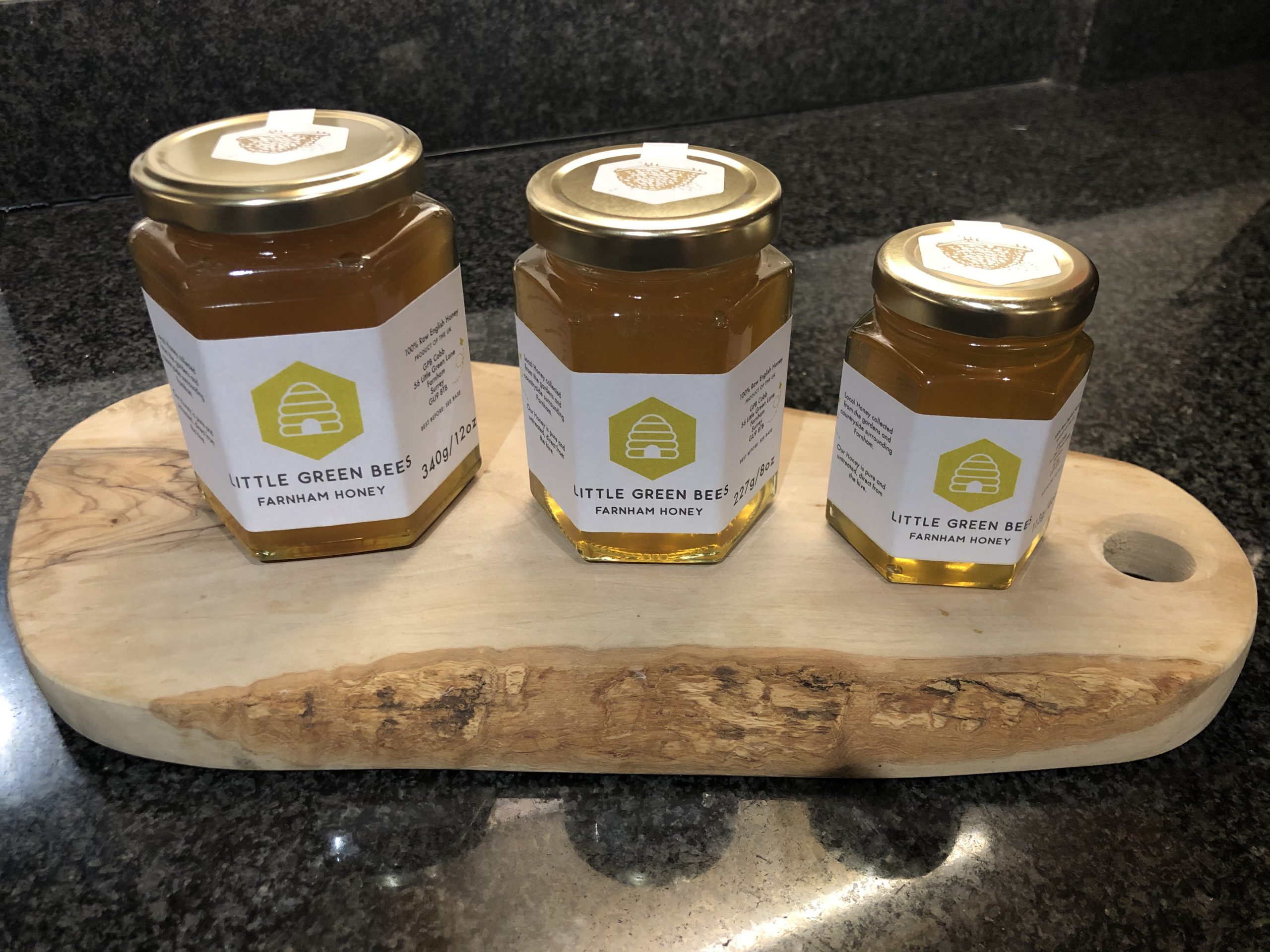 We take great pride in our raw local honey, untreated and direct from the hive to ensure it retains all its natural benefits. Each hive produces a subtly different flavour depending on the local nectar available to the bees, meaning that no two batches will ever taste the same. Each jar of honey is crafted with the care and respect it deserves so that you can appreciate the taste of Farnham. 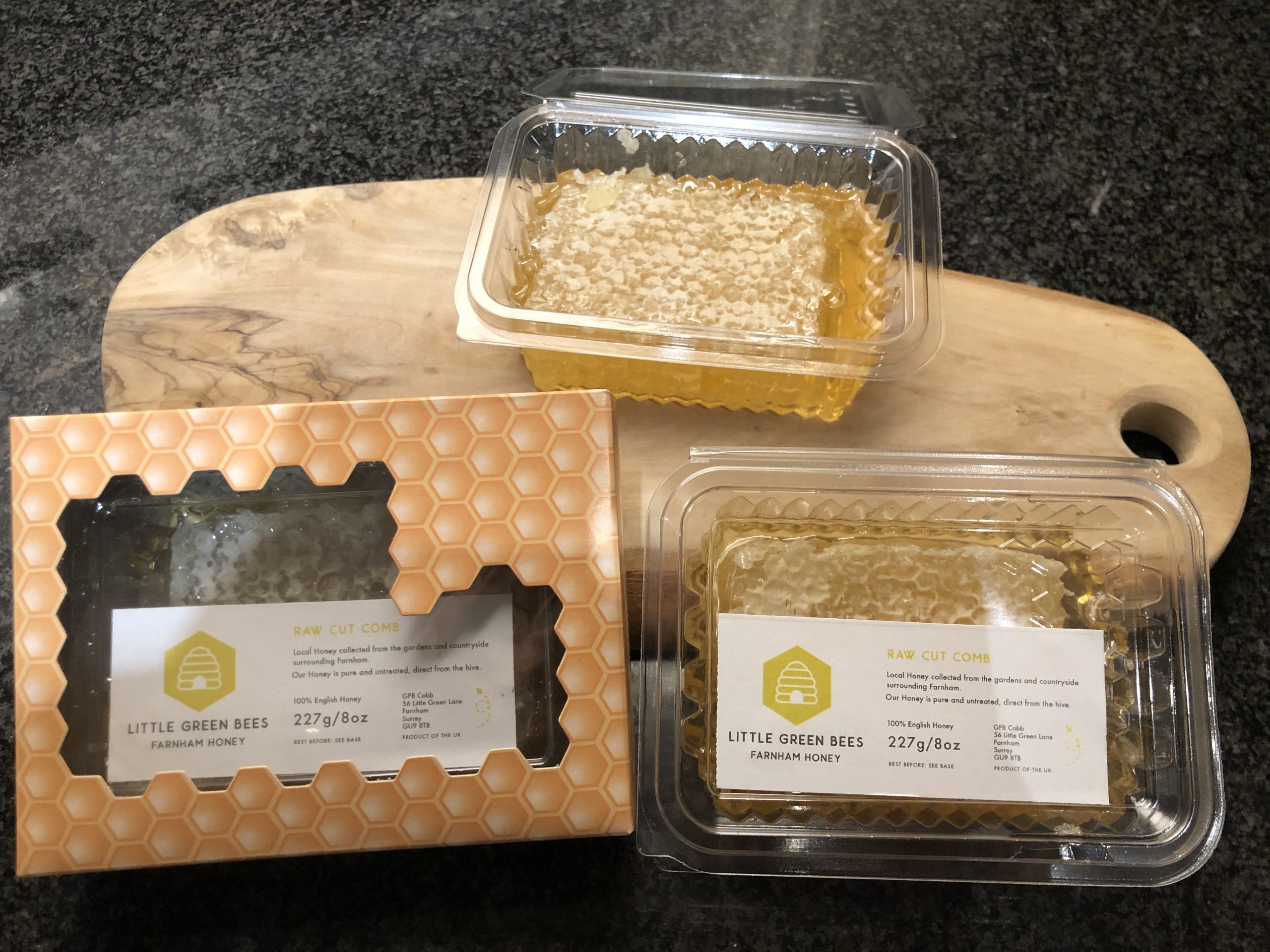 Our cut comb is cut out straight from our frames of honey. It offers a very different experience to that of jarred honey and only tends to be available from local beekeepers. 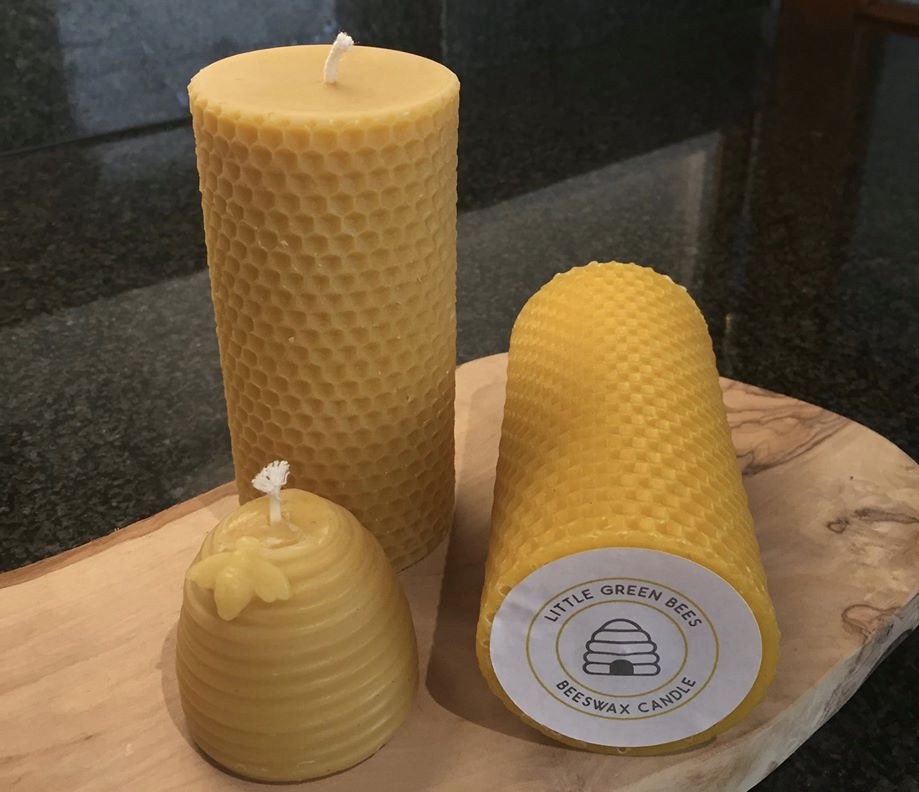 Our candles are made from 100% pure beeswax recycled from our hives with no additives, so you will notice the delicate scent of natural sweet honey as they burn. Since beeswax is a much denser material, beeswax candles will burn for a longer amount of time than candles made from other materials. For those with chemical sensitivities and allergies, burning unscented 100% beeswax candles is a natural choice. 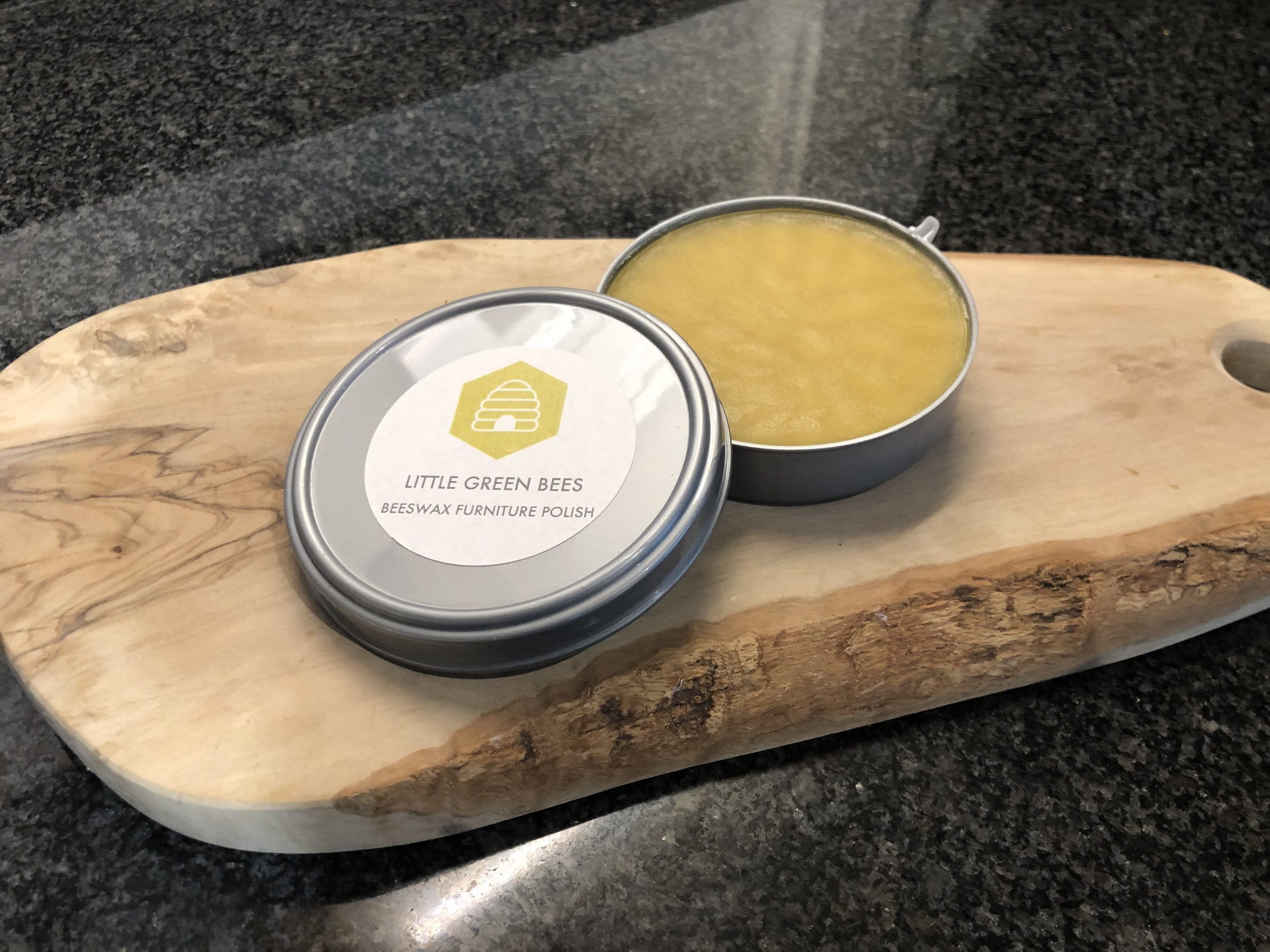 Our furniture polish is made from pure beeswax recycled from our hives, blended with pure turpentine. It nourishes wood surfaces and provides an authentic finish to furniture.

Where can you find us?

You can purchase our honey from the following places:

The months between April and July mark the swarming season for honey bees. During this time, a proportion of the colony will leave their established hive and take to the skies en masse in order to find a new home. Eventually these bees will gather together in a tight cluster, often surrounding an object – fence post, tree branch, lamppost, wall etc. – whilst scout bees search out a suitable new home. It is at this point that they resemble the pictures shown. A honey bee swarm – especially when clustered – is usually very docile, and does not pose a risk to the public if left alone.

The swarm can disperse as quickly as it arrives – often within hours – but it can sometimes take a few days for them to find a new home.

Whilst the swarm is clustered, a beekeeper can collect and re-home it.  To find a local swarm collector, you can enter your postcode on the British Beekeepers Association (BBKA) website which will list those closest to you.

It is important that callers confirm the sighting of a swarm cluster, rather than mistakenly identifying bumble bees, wasps or simply a large number of foraging bees. The link also provides the necessary information to help identify various insects, including the much feared Asian Hornet

Alternatively you can contact us directly as we are BBKA members and insured to collect swarms. 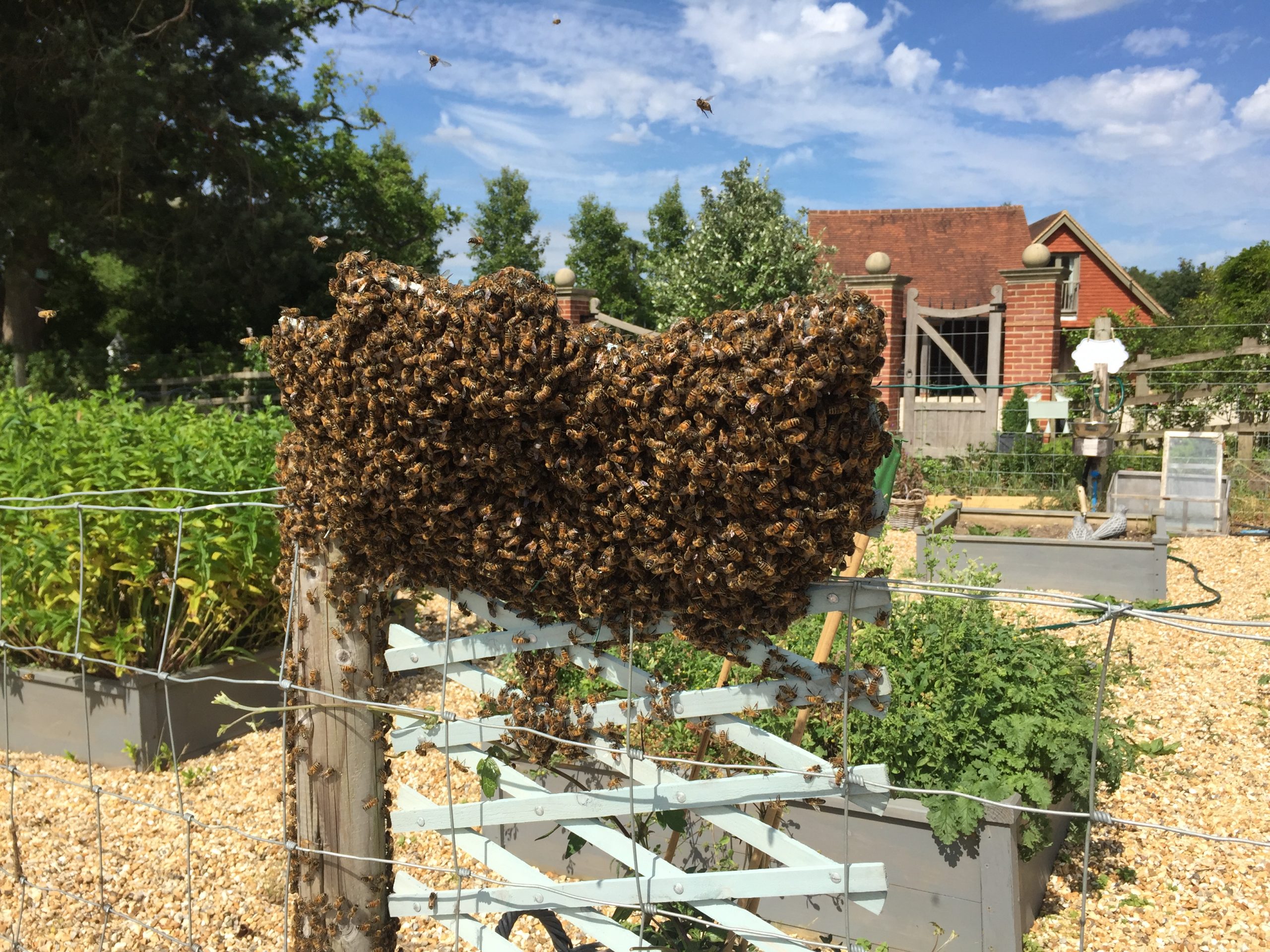 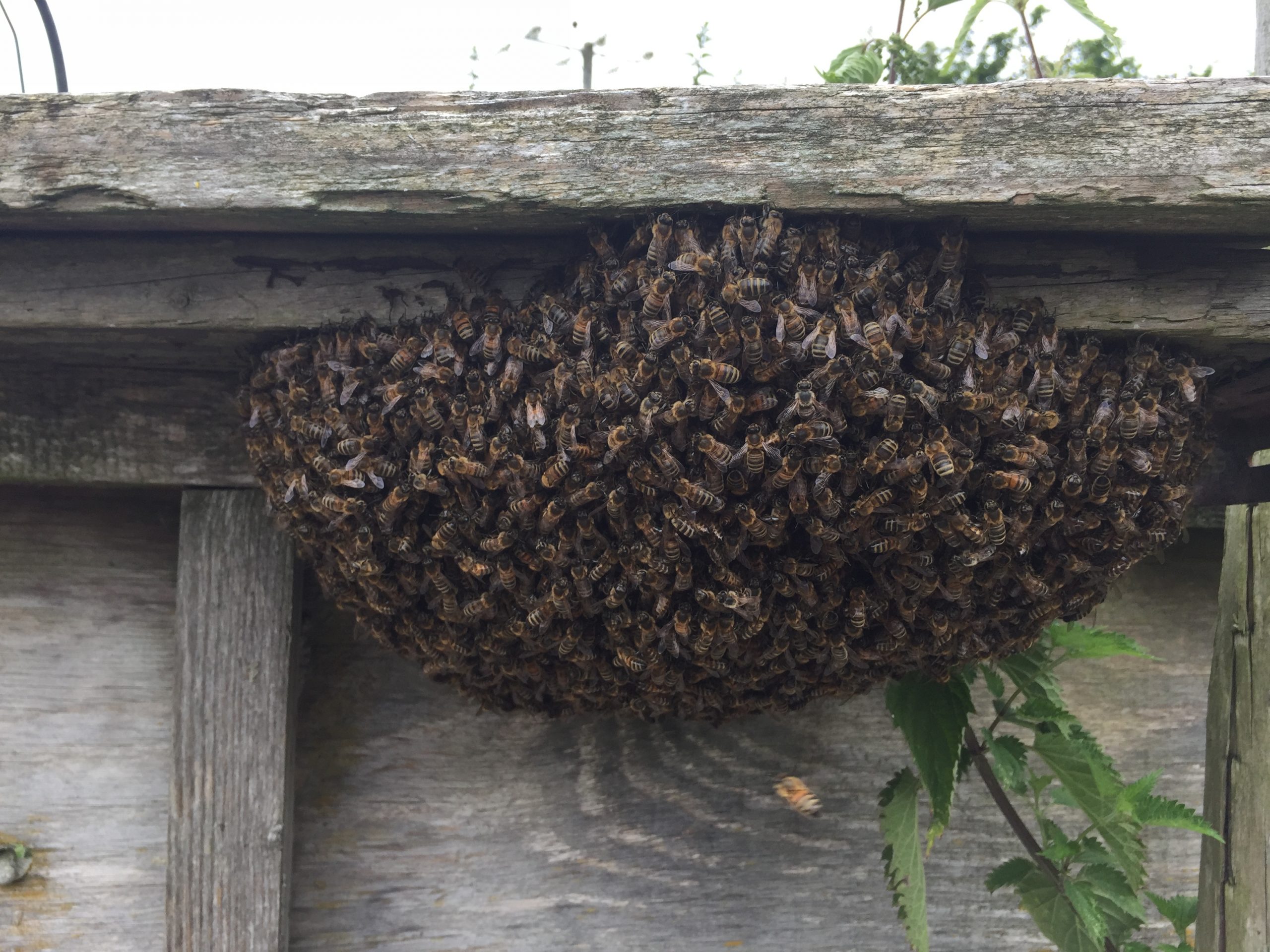 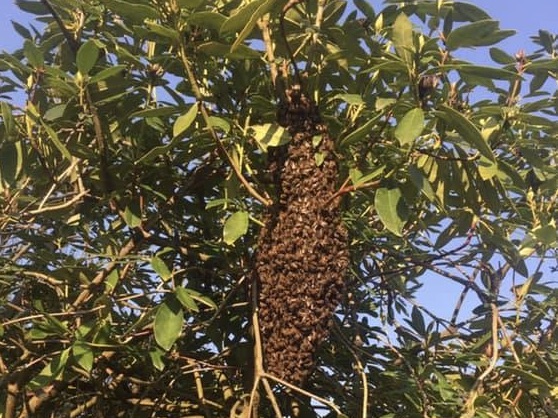 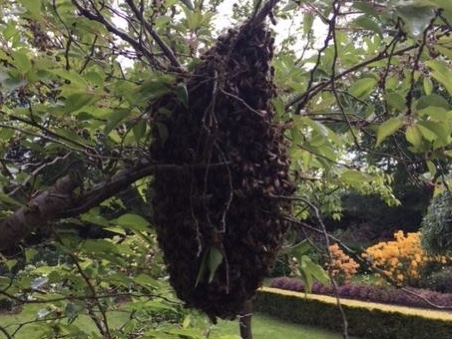 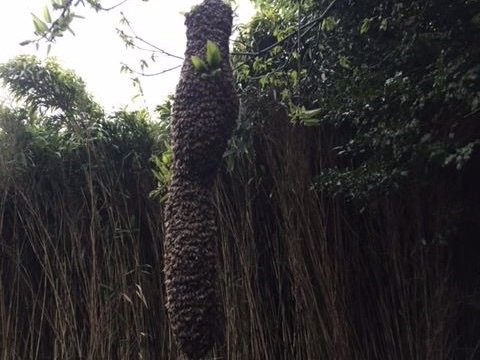 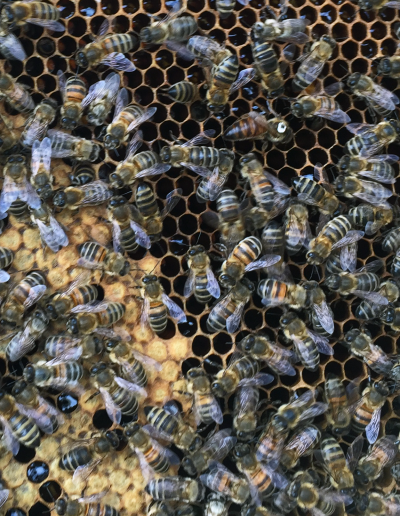 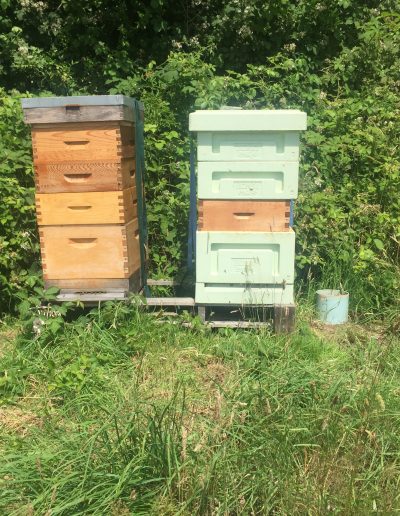 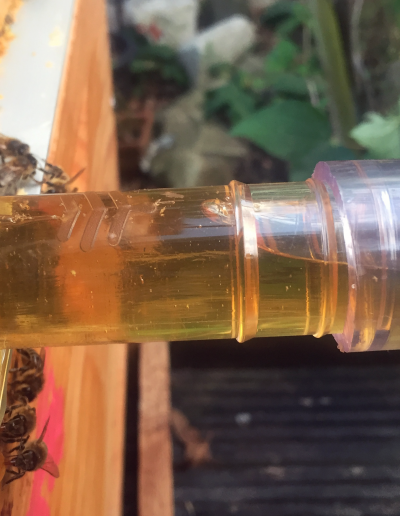 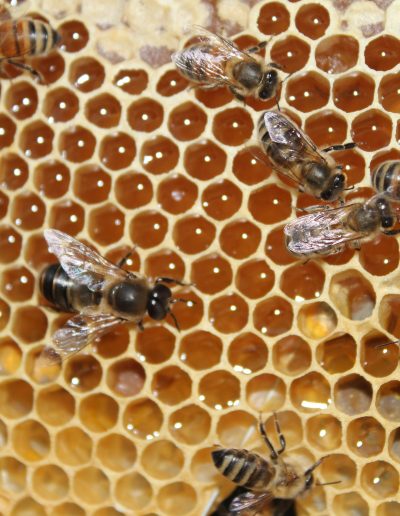 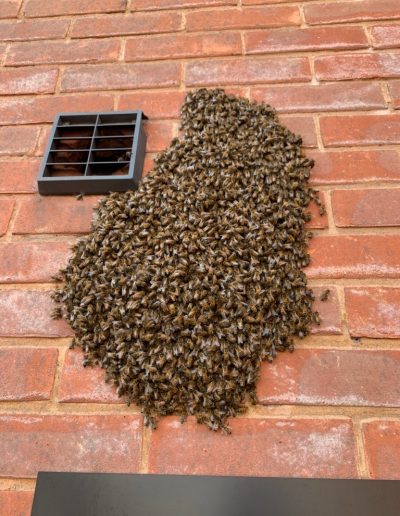 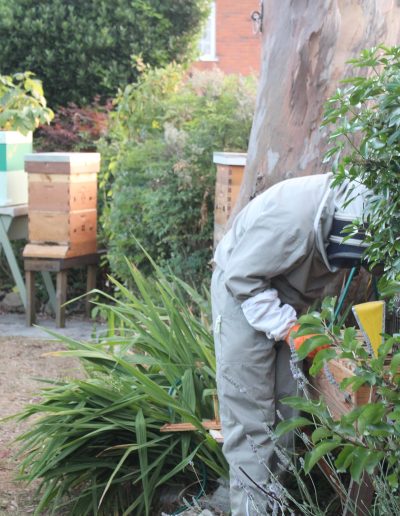 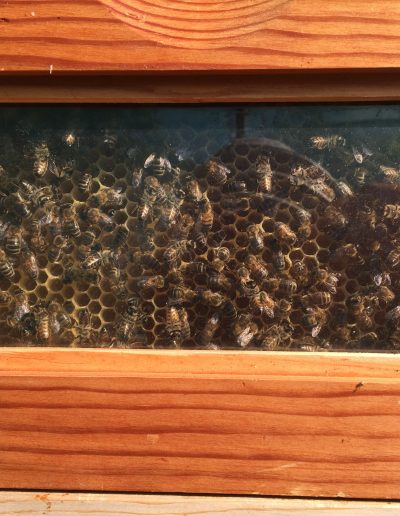 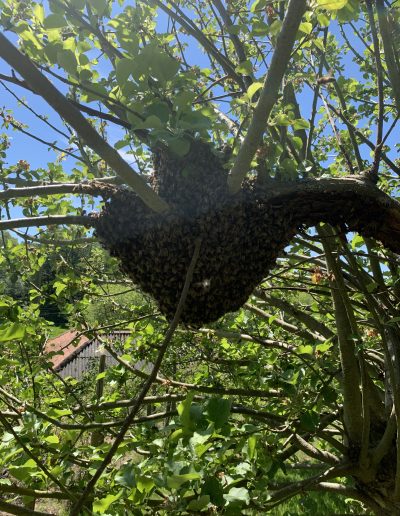